New York City nightlife in the 70’s was as the kids say, Lit. Nightclubs and exclusive lounges littered the city and despite the crime and poverty that plagued much of the city party goers always found a place to be. The night scene attracted ambitious creative people who met and mingled enjoying drinks and good food.

Though the music has changed, New York City still has a bustling nightlife although these days much of it is spent snapping selfies and hoping to star gaze. New hotspot The VNYL (Vintage New York Lifestyle), hopes to revive the social aspect of nightlife with delicious food, premium cocktails, and comfortable atmosphere.

The chic venue has a store front record store with records curated by actor Adrien Grenier. Guests may enjoy the LPs via an in-house listening room. Just beyond the record store is the cafe dining area. The space features a modern bar and vintage seating, a nod to the old with a splash of newness.  The menu mirrors the decor by offering several retro options as well as an assortment of trendy items. We sampled one of the retro cocktails, the Milk Punch. The VNYL is one of only a handful of bars that prepare and serve this delicacy. Milk Punch is a milk and bourbon cocktail that can be complicated to reproduce. The beverage dates back to the 17th century and is popular in the deep south. The cocktail is served in an old-fashioned milk bottle with a paper straw. 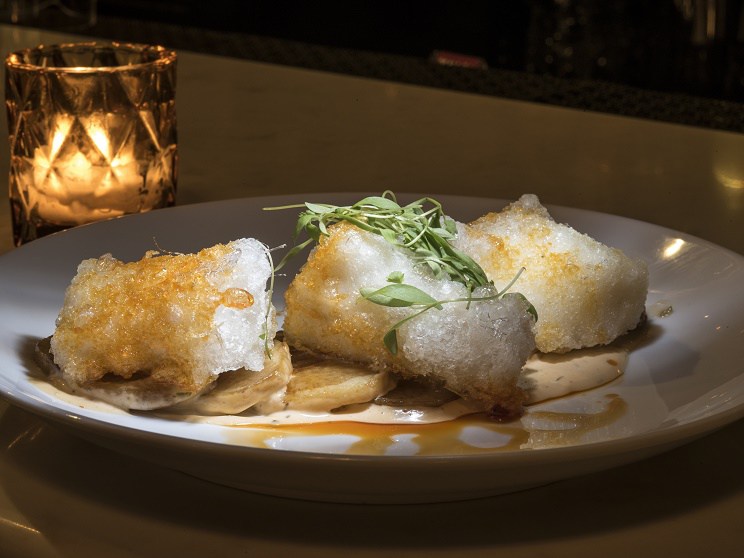 The food portion of the menu contains several small plates and entree options. Some of the small plate offerings include chicken tacos, oysters and lettuce wraps. As entrees go, we highly recommend the fish and chips. The fish is flaky and succulent served on top of a generous helping of sriracha lemon tartar sauce and thick sliced potatoes. This dish is one of the fanciest variations on classic fish and chips we have ever seen and a must have for any lover of spice and seafood. The VNYL is located at 100 3rd Avenue New York, NY. 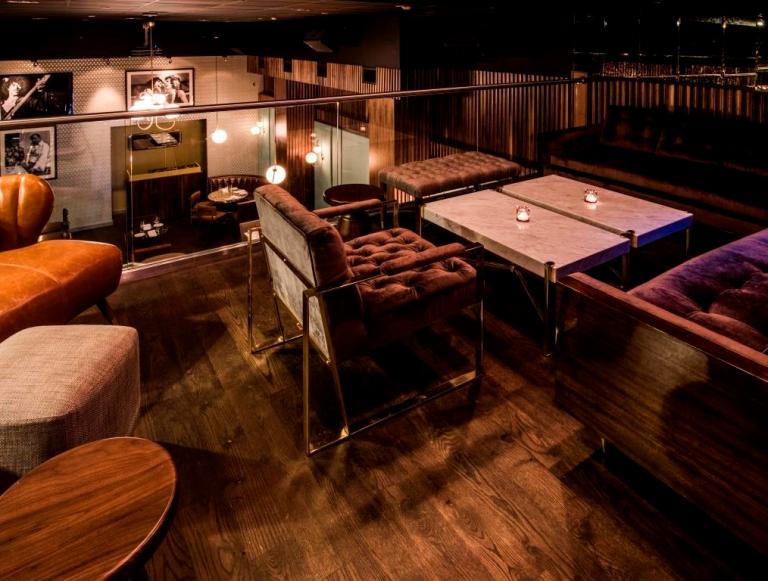